Posted by prangecollection on April 7, 2021 in Treasures

This post is part of a continuing series on the Censored Newspaper Articles (CNAs).

On April 7, 1948, Kyodo Tsushin submitted an article to the Civil Censorship Detachment (CCD) with the headline, “邦人の海外旅行” [Japanese to go abroad] (Prange Call No. 48-loc-0580).

The editorial (“commentary”) makes the case for lifting the prohibition on overseas travel, so that the Japanese could re-enter the international community. The Far Eastern Commission in Washington, composed of 11 nations, regulated travel. Some exceptions were made to the policy. Examples were listed in the article, such as attorneys and witnesses for the war crimes trials, limited numbers of laborers, emissaries to religious conventions, agricultural meetings, and cultural events. Two passages were marked for deletions by the CCD examiner:

“So long as the Far Eastern Commission doesn’t give a final decision on a policy, even the United States, the Occupation party concerned, has no authority to enforce it single-handed.”

The author suggests that General MacArthur issue an interim directive to permit some Japanese businessmen, students and government officials to travel abroad.

This article has been digitized.  In addition to being available in digital form at the University of Maryland, it is also available onsite at the National Diet Library of Japan (NDL) through NDL’s Digital Collection.

Posted by prangecollection on March 20, 2021 in Treasures

The Prange Collection contains nearly 8,000 children’s book titles published in Japan between 1945-1949.  They have all been digitized and are available in the UMD Libraries’ Digital Collections (full-text access is limited to the UMD College Park campus).  They are also available in the National Diet Library of Japan (NDL)’s NDL Digital Collections (onsite access only).  This is the first post in our new series, “Featured Children’s Book.”  Stay tuned!

Written by Ryuichi Yokoyama [横山隆一] in 1946, the book dedicates one page to each letter of the alphabet.  Each page is divided into quadrants, with a word starting with that letter in each quadrant.  For example, the page for D has illustrations for Door, Dig, Drink, and Dog.  Yokoyama uses his signature manga character, Fuku-chan, throughout the book.

The book comes with a message to parents, emphasizing the importance of foreign language acquisition in early education.  The following sentence was crossed out by the censor in red pencil:

“本書は連合軍最高司令部検閲課の検閲済のものであるのみならず、優秀な作品として係官の好評を得たものではありますが…”  [“Not only has this book been censored by SCAP’s censorship unit, but also it received a good review from a censor….”]

Any mention of censorship was prohibited by GHQ/SCAP.  It is unclear whether the book was published with the sentence above deleted.  A PASS stamp on the front cover was also crossed out with an X.

Posted by prangecollection on March 14, 2021 in News

The Prange Collection will be closed from Monday, March 15 through Sunday, March 21 for the University of Maryland Spring Break.

We will resume our postings in late March.

An Interview with Robert Textor from the Marlene J. Mayo Oral Histories

Posted by prangecollection on March 7, 2021 in Oral Histories

Robert B. Textor (March 13, 1923 – January 3, 2013), professor of anthropology and of education at Stanford, was born in Cloquet, Minnesota. He attended Lafayette College (1940-1941) and Antioch College (1941-1943), before receiving a B.A. from the University of Michigan in 1945. In April 1943, Textor enlisted in the Army. In fall of that year, he was selected to attend the Army Specialized Training Program (ASTP) to become an interpreter/translator of Japanese. He remained in that program until October 1944, when he was reassigned to the troops and sent to the Signal Corps at Fort Snelling. He was sent back to Ann Arbor in May 1945, this time as an officer candidate, to the Military Intelligence Japanese language school, Army Japanese Language School (AJLS).

He left the Army in February 1946 and immediately looked for a job as a civilian in Japan. He arrived in Yokohama on a troop ship with military personnel and civilians on April 23,1946. He was assigned to the Allied Translator and Interpreter Section (ATIS), but transferred soon after his arrival in Japan to Military Government as a civilian in Eighth Army, Civil Information and Education Division (CI&E). He served as a CI&E Assistant Officer at First Corps in Kyoto from April 1946 until November 1947, when he was transferred to Wakayama Prefecture. He left Japan in May 1948. His duties as a CI&E officer primarily focused on the reorganization of the Japanese educational system, including redistricting and co-education. Some of his work also involved religion and arts & monuments. He received a Ph.D. in cultural anthropology from Cornell University in 1960 and joined the faculty of Stanford University in 1964, from which he retired in 1990.

In this short excerpt from the interview, Textor discusses school districting, co-education, and democratic access to education in Wakayama Prefecture.

An Interview with John Montgomery from the Marlene J. Mayo Oral Histories

Posted by prangecollection on February 15, 2021 in Oral Histories

John Montgomery (February 15, 1920 – April 3, 2008) was born in Evanston, IL and raised in Ohio and Michigan. He received a Master’s degree in Municipal Administration from Kalamazoo College, before being drafted in 1942. After two years as an enlisted man, he joined the War Department as a Military Government Officer. In February 1944, he was sent to the School of Military Government in Charlottesville, Virginia for an eight-week training program and then on to the Civil Affairs Training School at Ann Arbor, Michigan. He was there when the Japanese surrendered, and his Japanese language training was cut short. He arrived in Japan in November 1945 as a Labor Officer. His first assignment was in Kofu, the capital of Yamanashi Prefecture, where he inspected plants to determine if they could be repurposed to manufacture non-military goods. He was subsequently assigned to Matsue, and then Hiroshima, where he volunteered his services for the Hiroshima Reconstruction Planning Commission. After leaving Japan, he studied Japanese history at Harvard, receiving his Ph.D. in 1951. He published, The Purge in Occupied Japan: A Study in the Use of Civilian Agencies under Military Government, in 1953. He held a variety of positions before he joined the Harvard faculty in 1963, where he remained until his retirement in 1987.  He was also affiliated with Soka University of America, where he was Director of the Pacific Basin Research Center.

In this short excerpt from the interview, Montgomery talks about his experiences working with the Hiroshima Reconstruction Planning Commission.

Posted by prangecollection on February 7, 2021 in Treasures

A majority of the items in the Literature-General section are in book format (Call numbers in this section start with PN.  There are 518 items in total), but “Eiga suta kessakushu [映畫スター傑作集] vol. 2” is an exception (Prange Call No. PN-0218).

Eiga suta kessakushu, published by Gurafu-sha [グラフ社] for 28 yen, is a collection of postcards.  Each postcard features an illustration by Ito Tatsuo [伊藤龍雄] of a movie star, including Setsuko Hara [原節子], Yukiko Todoroki [轟夕起子], and Kazuo Hasegawa [長谷川一夫].

The Literature-General section has been digitized.  In addition to being available in digital form at the University of Maryland, these books are also available onsite at the National Diet Library of Japan (NDL) through DNL’s Digital Collections.

Posted by prangecollection on February 2, 2021 in Publications 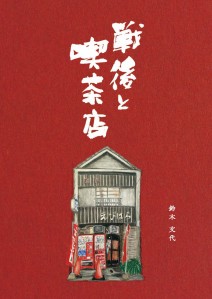 An Interview with Neal Henry Lawrence from the Marlene J. Mayo Oral Histories

Posted by prangecollection on January 22, 2021 in Oral Histories

Father Neal Henry Lawrence (January 22 1908 – November 3, 2004) was a naval officer, diplomat, monk, and scholar born in Clarksville, Tennessee. He received his B.A. in English from Harvard College in 1929. After graduation, he worked for the Lever Brothers Company, remaining with the company for 15 years. He joined the Navy in 1943 and attended the Military Government School at Columbia University. He participated in the siege of Okinawa, bringing him to Japan. During the Occupation, he became the Director of the Department of Economic Affairs for General Headquarters. Lawrence left Japan in August 1946 to get a Master’s Degree in Public Law and Government from Columbia, which he obtained in 1947. Soon after, he joined the State Department and was sent to Tokyo with the Diplomatic Section under the Supreme Commander of the Allied Powers (SCAP). He then joined the Foreign Service Section of U.S. Information Service, where he remained until 1951. During his work in diplomacy, he became interested in becoming a Benedictine monk. He attended St. Johns Abbey in 1954 to study, becoming a Benedictine monk in 1955. In 1960, he was ordained and returned to Japan for a mission. He was Associate Pastor of St. Anselm’s Parish from 1966 to 1999 and taught at various educational institutions. Father Lawrence is regarded as a pioneer in popularizing Tanka poetry in English. For his work, he was awarded the Order of the Rising Sun by the Japanese government in 1993. He remained in Japan until his death at the age of 96.

In this excerpt from the interview, Lawrence recalls one of his first assignments in the Diplomatic Section: to obtain approval from the Finance Ministry for ingredients and materials requested by the embassies for entertaining. He also comments on how the Japanese relied on the black market to obtain goods.

Posted by prangecollection on January 17, 2021 in Publications 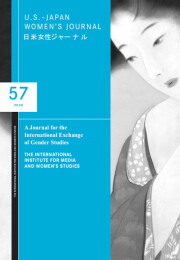 Alicia Volk, Professor of Japanese Art at the University of Maryland, has published the article, “Art and Women’s Liberation in a Newly Democratic Japan, with a Focus on Migishi Setsuko and Akamatsu Toshiko” （「日本の民主化における美術と女性の解放ー三岸節子と赤松俊子を中心に」) in the US-Japan Women’s Journal 57 (2020): 21-56. muse.jhu.edu/article/776612

According to Volk, “Women were some of the earliest and most obvious beneficiaries of the Allied Occupation of Japan’s democratization policies. This article asks how female artists sought to capture the potential of social and political change for women in particular and society in general at this transformative moment in Japanese history. Focusing on Akamatsu Toshiko and Migishi Setsuko, two of early postwar Japan’s most successful female painters, it reveals how women artists across the spectrums of artistic practice and political conviction enacted women’s liberation in the public sphere and engaged in the democratization of art.”

Posted by prangecollection on January 10, 2021 in Publications